Work With an Experienced CRPS Lawyer in Texas

CRPS stands for Complex Regional Pain Syndrome and is sometimes called Reflex Sympathetic Dystrophy - RSD. Unfortunately, unless it is promptly and properly treated, it is a permanent, and painful injury. Few doctors have ever treated it, and therefore, many fail to recognize it. However, it is recognized by the International Association for the Study of Pain (IASP) as one of the worlds most complicated and painful injuries. Neurologists and Pain Management Doctors are specialists who commonly treat the injury. 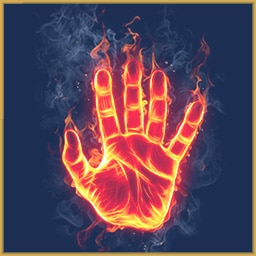 Has Negligence Caused Your CRPS Injuries?

If your CRPS was brought on by an injury, surgery, or other negligenct action of another then you may be entitled to compensation. Personal injury attorney Joe Stephens is an experienced lawyer who has handled CRPS injury lawsuits throughout Texas and may be able to help you or a loved one receive compensation for an accident or injury that led to CRPS. To see if you have a CRPS lawsuit, contact our office today.

CRPS lawyer Joe Stephens is recognized as a Top Lawyer in Texas and across America, and has handled many complex regional pain syndrome cases.

Did you Develop CRPS After a Medical or Traumatic Injury? Call Now for a Free Consultation.

What Are the Most Common Causes of CRPS?

CRPS is usually brought on by a serious injury such as broken or fractured bones, torn tendons or ligaments, or other traumatic injury(such as burns, cuts or bruises). Some CRPS cases have been the result of surgical procedures, poorly placed injections and errors when administering an IV (infiltration). Doctors believe that such events may cause a hyper sensitivity within nerves in the injured area, spreading to nearby areas and eventually exciting the entire nervous system.

Blood vessels in the affected limb may expand or leak fluid causing red and swollen tissue or over constrict causing a lack of oxygen to the tissue and leaving a bluish appearance. CRPS can also affect the immune system by increasing the levels of cytokines, which are inflammatory chemicals creating the swelling, heat and redness in the limb. This can cause people with other autoimmune diseases more prone to CRPS.

It's not well-understood why these injuries can trigger complex regional pain syndrome. Not everyone who has such an injury will go on to develop complex regional pain syndrome. It might be due to a dysfunctional interaction between your central and peripheral nervous systems and inappropriate inflammatory responses. However, If CRPS is not detected immediately it can lead to permanent pain and disability so rapid diagnosis is crucial.

What Are the Symptoms of CRPS?

The most prominent symptom of chronic regional pain syndrome is prolonged severe pain in the affected limb that may be constant, also known as causalgia. It has been described as burning, pins and needles or constant constriction of the limb.The pain may be local to the injury site or spread to the entire limb, sometimes reaching the other limb in severe cases. Another symptom is allodynia, a sensitivity to the affected area which can make touching the affected area painful.

Symptoms also include changes in skin temperature, skin color, or swelling of the affected limb. This is due to abnormal microcirculation caused by damage to the nerves that regulate blood flow and temperature. As a result, an affected arm or leg may feel warmer or cooler compared to the opposite limb. The skin on the affected limb may change color, becoming blotchy, blue, purple, pale, or red.

Some Other Symptoms of CRPS Include:

How is CRPS Diagnosed?

Diagnosis can be determined based on past medical history, and signs and symptoms. There is no definitive test currently that can detect CRPS alone.Sympathetic nervous system tests, MRI or triple-phase bone scans may be necessary to confirm a diagnosis but is not the only deciding factor. It is important to visit your doctor immediately following your symptoms as most people improve over time. This can cause difficulty making a diagnosis later on.

How is CRPS Treated?

There is no cure currently for CRPS but your doctor can help prescribe a treatment plan specifically for your needs. Possible treatment options include:

Do I Have a CRPS Lawsuit?

If you have a confirmed diagnosis of CRPS following an accident you may have a CRPS lawsuit. Some examples of an RSD/CRPS lawsuit are:

Each case is dependant on many factors to determine how much your case is worth. Different factors include the severity of CRPS, the state laws surrounding malpractice or injury cases (certain states have caps on awarded money for injury or medical malpractice cases), and how significant the economic damages are.

How Do Your CRPS Lawyers Get Paid?

Our CRPS attorneys work on a contingent-fee basis so we don’t get paid unless we win your case!

Work With a Texas Attorney That Has CRPS Lawsuit Experience

Houston injury lawyer Joe Stephens is recognized as an experienced complex regional pain syndrome lawyers in America. He has two board certifications and is consistently chosen as a Texas Super Lawyer. He has tried 100’s of cases, including several CRPS cases. He understands the problems that his clients face, and can help them deal with the issues a CRPS victim faces in the best way possible. He also knows some of the America’s best CRPS medical specialists, and can help his clients get the best medical care. Sometimes, this care results in lasting benefits in helping clients manage the pain and impairment associated with these injuries. Please call our office today and he will discuss your case for FREE. The cost of his representation is FREE and you only owe money out of any recovery. If there is no recovery or settlement you owe nothing.

Each case of CRPS is different but most cases are serious and very painful.

What are the stages of CRPS?

There are 3 stages of CRPS. Stage 1 lasts about 1-3 months and consists of:

Stage 2 is between 3and 6 months with an increase of symptoms of stage 1. Nails may become brittle and cracked while joints stiffen and muscles weaken. If it progresses to stage 3 without treatment, the limb may be too painful to move and possible irreparable damage.

Can CRPS be cured?

There is no cure currently for CRPS but there are many treatments that can be given to help with the symptoms presented.

Is CRPS a Neurological disorder?

Yes, CRPS affect the central and peripheral nervous systems along with their neurological processes.

Who Can Develop CRPS?

Anyone can get CRPS, however, it is most commonly seen in people ages 20-35. It is rare for babies, children and the elderly to develop CRPS. It is also found that CRPS is more common in women than men.

What is the CRPS pain scale?

CRPS is measured on the McGill Pain index as the highest rated form of pain, rating higher that amputation of a digit, childbirth and chronic back pain.

What are symptoms of CRPS spreading?

Symptoms of CRPS spreading consists of the pain radiating to the opposite limb, the limb becoming cold and pale, muscle spasms, and tightening. Once this occurs, the condition is often irreversible.

How long will my CRPS case take?

Each case will be different, however, it is common for a CRPS case to take a few years.