A good Houston vehicle injury lawyer always encourage motorists to assign a designated driver to a party of people, if the people anticipate being out drinking. Drunk driving accidents are extremely prevalent, and wholly preventable. Organizations like Mothers Against Drunk Driving (MADD) pioneered the idea of assigning a designated driver the responsibility of getting people who had been out drinking safely home, so they didn’t risk a drunk driving accident.

Sadly, a man who had taken on the responsibility of being a designated driver to his friend who wanted to go out drinking, was shot and killed in a road rage incident over the weekend. In an unfortunate twist of fate, this responsible man who was trying to prevent an accident by volunteering as a designated driver, was himself involved in one that turned out to be fatal. 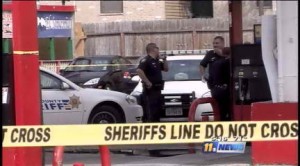 During the argument, one of the people in the Jeep pulled out a gun and shot the designated driver, who was transported to a nearby hospital but later died. Houston police arrived quickly at the scene, apprehended the shooter and took him into custody. Formal charges against the suspect have not yet been released.

Houston car accident lawyers are saddened by this incident, because the designated driver was doing all the correct and recommended things to prevent a drunk driving accident. But because he was caught up in a road rage exchange, the evening turned fatal for another reason.

If you or someone you know has been injured in a motor vehicle accident or thinks that you may have grounds for a wrongful death case, call Houston car accident attorney Joe Stephens today at 281-623-1701 for a free consultation. Joe Stephens is a Houston injury attorney with over over 30 years of experience serving the Houston and South Texas communities, and will expertly handle every aspect of your case on both a professional and a personal level. You  may also fill out a contact form online and a member of The Stephens Law Firm staff will contact you within 24 hours to schedule your free consultation. Get in touch with Joe Stephens today to get the advice and help that you need.

School Bus Ends Up In Ditch After Crash With Cadillac

Credibility is the Key to Your Claim!

“Whoo hoo!!! Thank you for your hard work , skill and awesome negotiations in getting this settled! I really believe my father found the BEST personal injury lawyer we could have had under any circumstances and I feel very fortunate. I will have no hesitation in referring my family, friends and colleagues to you in the future.”