The best auto injury lawyers in Houston are familiar with freeway pile-ups—they are somewhat rare but accident lawyers are exposed to all varieties of motor vehicle crashes. Multiple motor vehicle accidents usually occur when one accident has taken place, and other cars do not the mishap in time to stop, and end up colliding with the initial accident. This is what happened in a horrific chain reaction accident on Houston’s North Freeway early Saturday morning.

A minor two-vehicle accident where nobody was injured occurred at the West Patton exit of the North Freeway at about 2:30 a.m. Saturday morning. The Houston Police Department was gathering information regarding this initial accident when a sports utility vehicle drove by the scene, and slammed into a pickup truck and another car that was stopped at the scene of the accident. The SUV rolled over after striking these 2 vehicles, and then proceeded to hit a police car. As the result of this secondary accident, two people were transported to a nearby hospital with minor injuries. 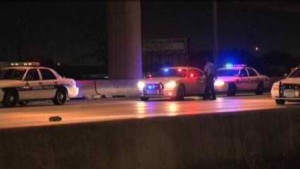 Just after the police shut down the freeway from the second accident, a Jaguar that seemed to be speeding drove and crossed over the Patton Street overpass. The driver, later identified as Christopher Trumpower didn’t immediately see the stopped traffic. He spotted the stopped cars at the last moment and tried to swerve, but was too late, and crashed into one of the cars that was stopped. He struck the stopped car, a Lincoln, on the passenger side of his own vehicle. The passenger in Trumpowers car died at the scene of the accident, and Trrumpower was taken to a nearby hospital with minor injuries. Police report that Trumpower tested positive for being over the limit for alcohol, and faces possible charges for intoxication manslaughter. A female passenger from the Lincoln, and a female passenger from another vehicle were both taken to the hospital. The Lincoln passenger was in extremely critical condition, and the other passenger suffered only minor injuries.

Speeding and alcohol both played a part in this extensive chain reaction accident. If Trumpower had not been intoxicated, it is less likely that he would have been speeding. If he had not been speeding, or intoxicated, he may have seen the existing accident in time, and been able to slow down and avoid becoming tangled in what was already a messy situation. Sometimes accidents do occur as a natural course of life, but many happen without any injuries, as is the case of the initial accident that the Houston Police Department were in the process of clearing. When alcohol consumption is mixed with driving, the results can be deadly, and are especially tragic because they are entirely preventable.

Fatality From Crashing into Telephone Pole

“Joe has been so amazing with my family's case. He went above and beyond. It felt as if I didn't have to do anything. I would 100% recommend using his firm!”